Kayaks at the school?

As we, the first class of the high school JP2 waited, a car showed up, meant for us. We all piled on into the 9 seater van, which was owned and driven by Simons father We were all rather conflicted: We had no school, but instead of that, there was something else. We were thinking: was this better or worse than school? As we pulled up to the site, our class looked at the river. It was a cold, dreary depressing day, hovering at about 7 to 13 celsius. We were going kayaking, and nothing could stop that.

We drove to our launching point, and paired up. The classes original intention was to split based on gendered lines, with only one gender per kayak. But the caretakers insisted on pairing up a boy and girl in every kayak. The pairs were: John and Veronica, Glib and Gabriella P, Hubert and Gabriella M, and Simon and Mary. The 8th grade also joined us, but they were practically irrelevant, as we, the 9th grade barely noticed them. The first to launch was Simon/Mary, followed by Hubert/Gabi, then Glib/Gabi, and finally John/Vera. The river was cold, awfully sallow, and rather narrow for the first leg of the journey, which was made worse by the less the stellar scenery. Our class had a fair amount of trouble to row the kayaks properly for the first leg too except seemingly Simon/Mary, which basically quickly ironed out their troubles and flew ahead of everybody.

The river run was fairly uneventful at the beginning, as everybody was slowly making their way down the river, and once in awhile someone would get stuck in the riverbed, and lag behind. But once we reached a place where everyone stopped for a minute, the playing field was made even. Not that mattered. At all. Everyone essentially Just resumed their ride to the end and everything was back like it was, with Simon/Mary rowing in the front, with everyone lagging behind. Soon there was a second break, where the pairs were interchanged and rowing began once more. But alas after about 50 minutes of rowing, we were all at the end. Then we all had kielbasa and went home.
Author: Jan Leszczyński 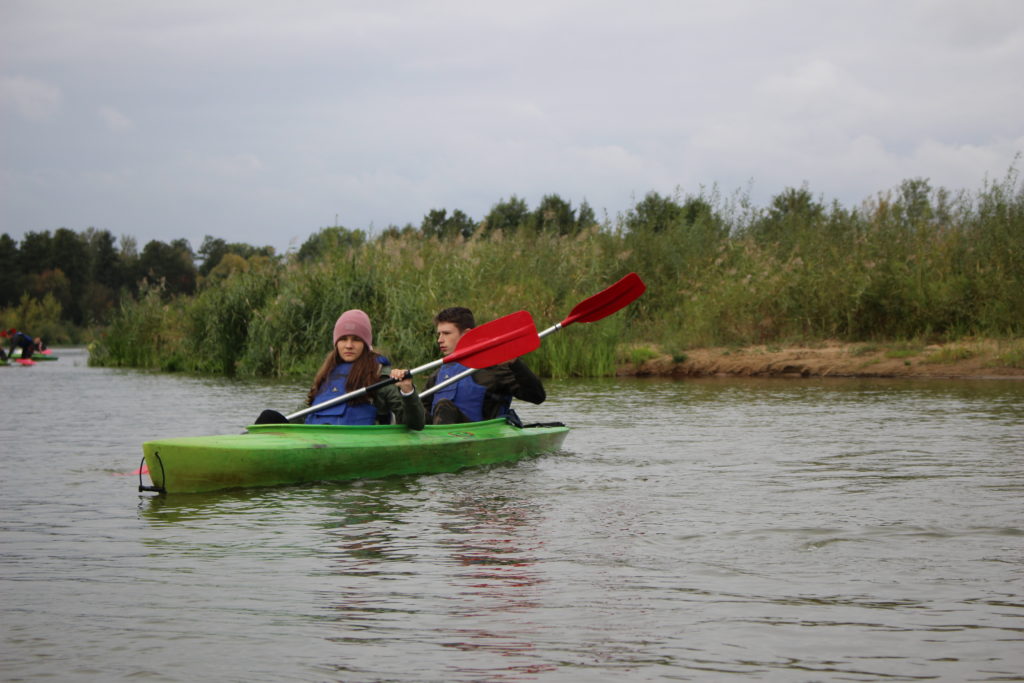 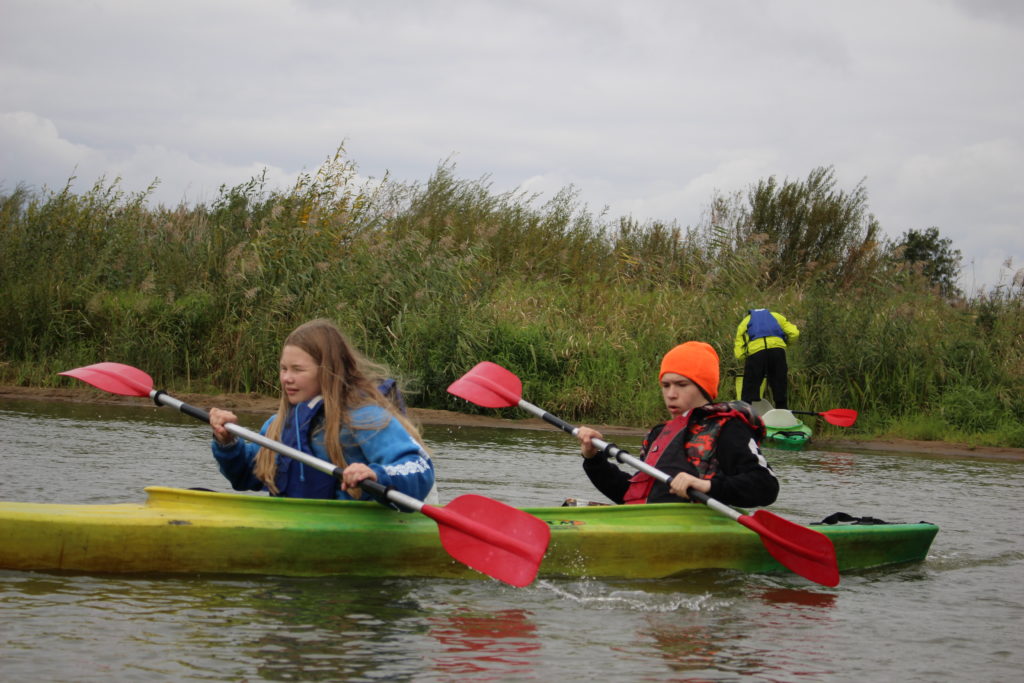 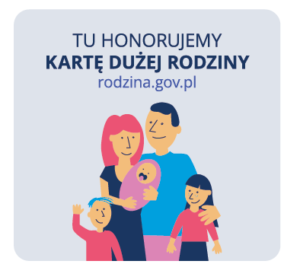 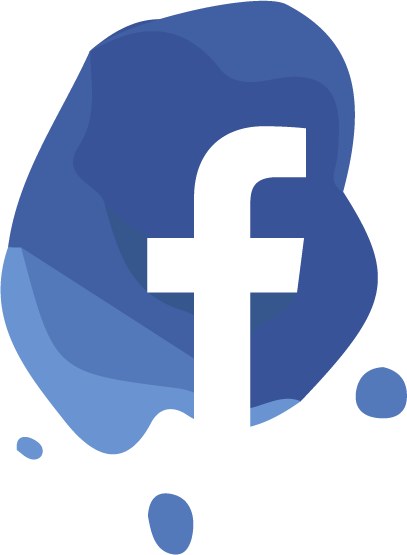 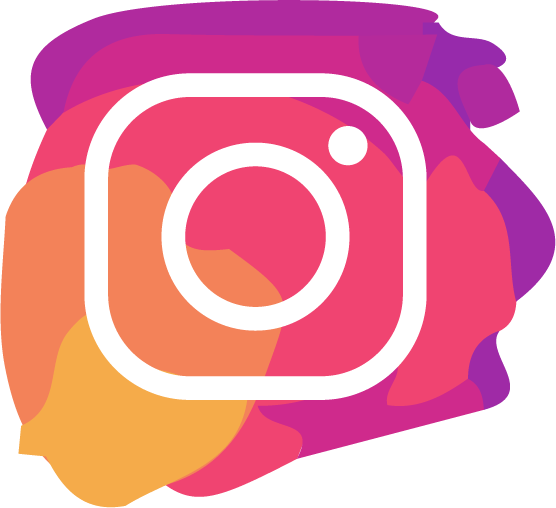